Wonder Woman: a look at representation on the silver screen 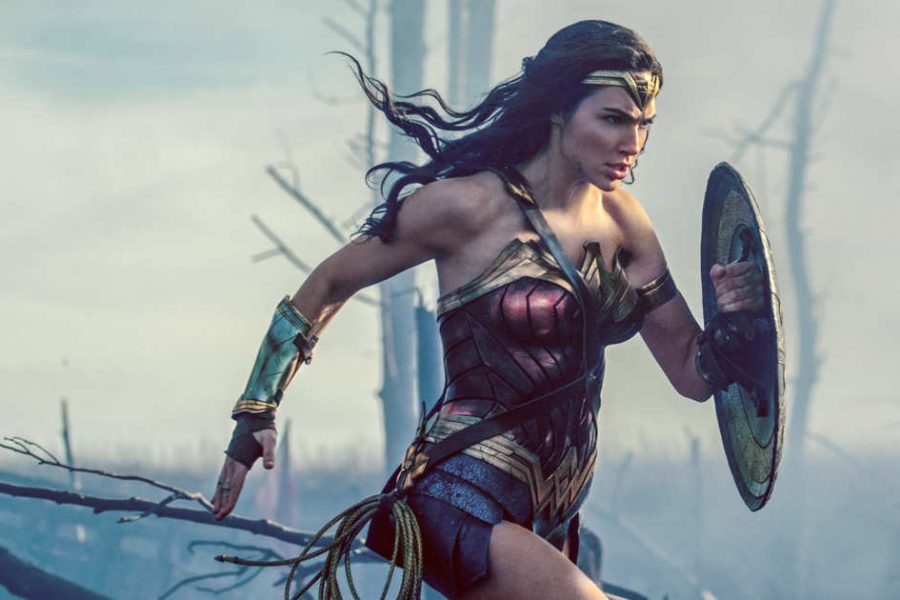 Wonder Woman: a look at representation on the silver screen

I finally got to see Wonder Woman. Went with my mother, who loves a good summer blockbuster and was curious, like I was, to see a comic book action movie with a woman playing the superhero for once. As the credits rolled, she turned to me and said, “I wonder what it would have been like if I had had that when I was a six year old girl.” I said, “Me too.” A brief silence hung in the air as we each contemplated what might have been.

Although my mom is a Baby Boomer and I belong to Generation X, our childhood experiences weren’t all that different when it came to the lack of strong female characters on the silver screen. For my part, although I loved Star Wars, E.T., The Neverending Story, and Flight of The Navigator among other fantastic 80s-era films that sparked my imagination and excited me about what was possible in this world and beyond, I always noticed—even as a child—the fact that I was constantly expected to identify with a male protagonist.

I had to synthesize a sort of artificial identification with an experience I have never had and never will have in order to come along for the ride. Ultimately, I got the sense that while it was ok for me to enjoy the film, it wasn’t really intended for me. And even as a girl, I knew it was wrong that women and girls were always being expected to identify with a male point of view. That skewed representation was always there, bothering me, like a splinter in my mind as Morpheus says in the Matrix.

There had to be something intentional behind the decision to disproportionally focus on male protagonists and exclude women from the story, I felt, that needed to be peeled back and examined. I wondered what the psychological effect on women would be, over time, after having had to ‘wear’ the male point of view over and over again even though it was not native to us. I worried that it encouraged us to erase our own ambitions and instead prioritize a male agenda, something I already knew that our culture demands of women in countless other ways great and small.

In later years, growing increasingly frustrated with how ridiculously outsized men’s representation was in movies (not to mention how women were depicted when they appeared at all, which I knew to be a gross caricature of our lived experiences—see the Bechdel Test for more on that), I began opting out of what I called ‘dude movies’ and seeing fewer movies in general. While TV wasn’t perfect, I noticed that it was at least beginning to tell the stories of more types of people than just white men. I was hungry for shows like Sense8, Luke Cage, Transparent, and Queen Sugar. I felt womanhood was often represented in them with greater nuance, and I also enjoyed becoming more familiar with under-represented experiences other than my own (Black and trans lives, among many others) that I wanted to better understand and relate to.

Cinema didn’t seem to be moving in this direction nearly as fast as TV was, so I never expected I would see a film like Wonder Woman so soon. Blessedly, it was everything I’d always hoped for while growing up as a resolutely independent-minded girl in late twentieth century America. Women being aggressive, taking charge, owning their power, demonstrating awesome physical prowess, refining the art of war, fighting with no holds barred, and—most importantly—considering it entirely natural that they were the center of everything. Off in the corner, a young Diana precociously mimed their kicks and punches. Mom leaned over to me and said, “That was you.” I smiled, knowing she was right and thinking about all the little girls who would now have someone to identify with.

Later in the film, as an adult Diana rose to the battlefield for the first time, the women and men in our theater started clapping spontaneously. It was such a joy to see this woman warrior, as general, take the fight directly to the enemy and win. It was gritty, tough, strenuous, and thrilling to watch. She was self-actualized, setting her own course of action, and pursuing it without apology or the need for male approval. Later, as she came into her godhood and destroyed the wrathful Ares, the audience clapped and cheered. I could have watched these scenes on repeat for the rest of the day. I’ll have to wait until Wonder Woman comes out on iTunes for that.

Wonder Woman is valuable for a host of reasons. First of all, it’s important for young girls today to have the experience generations of women before them have yearned for: the opportunity to see women and girls, on screen, claiming leadership roles and realizing their greatness independently from men. Secondly, I believe that exposure to other experiences than your own creates empathy for the people who inhabit them, and so it is equally valuable for men to see films in which women are the sole agents of their own destinies. Once exposed to such narratives on a regular basis, they are far more likely to stand in solidarity with the real women and girls around them.

A subtle but very necessary correction can now begin to take place in which women finally start benefiting from the same cultural support and approval for our own life journeys in the way that men have always taken for granted. And we can begin to see more stories that reflect the incredible range and diversity of women’s lives, which is essential since one movie cannot possibly represent the experiences of all women. If you haven’t seen Wonder Woman yet, get yourself to the theater. It’s great summer fun, hugely entertaining, and incredibly meaningful.