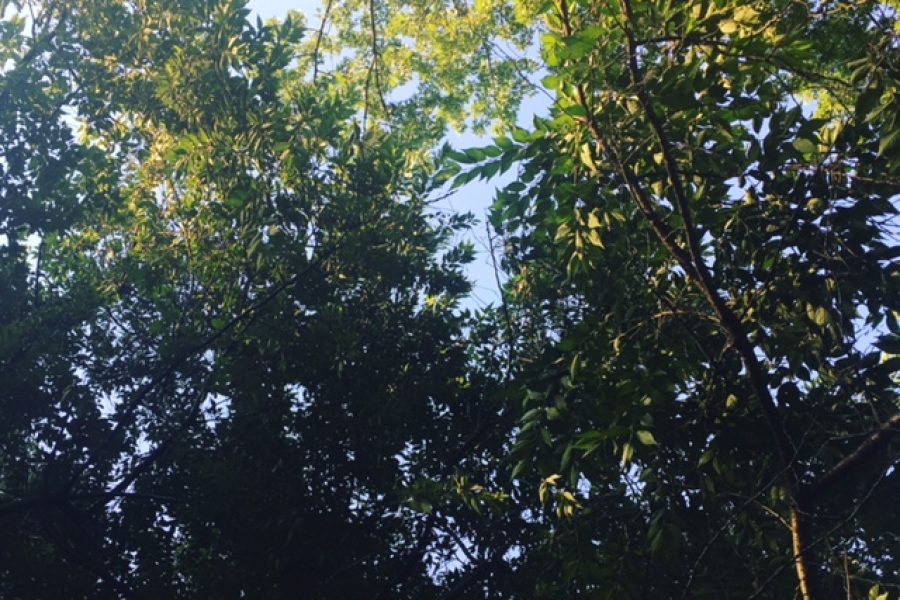 Curled up under a tree in Central Park

Curled up under a tree in Central Park

Since becoming self-employed, I’ve made it a point to expand my world to include much more in the way of artistic and cultural experiences than was possible in my previous career. One new tradition for which I’m particularly grateful is the annual New York Philharmonic concert that I attend with my mother in Central Park. It’s special in so many ways: it represents a chance to commune with family, it’s inherently democratic since New Yorkers from all walks of life converge on the Great Lawn for this free event, and it introduces many of us to classical masterpieces we have not encountered before.

Last year’s program featured heavy hitters from the classical repertoire, the Prelude and Liebestod from Wagner’s Tristan und Isolde and Beethoven’s Eroica symphony among them. Having been raised by a Wagnerian soprano and immersed in German opera and lieder from a young age, I was thrilled to hear the selection from Tristan live and it was as exquisite and powerful as I remember. But partly because my knowledge of classical music was tilted toward opera, I was not as familiar with symphonic works. When visiting New York with my mother as a child I always ended up at The Metropolitan Opera, so I didn’t hear the New York Philharmonic or other great orchestras very often growing up.

That changed in 2011 when my father, who is a classical guitarist, introduced me to Brahms’ Symphony No. 3 in F major, Op. 90. That experience fairly blew my mind, and I cannot do it justice here. It deserves its own post, which will come in due time. Suffice it to say I found the Brahms Third terrifying, radiant, hopeful, and heroic. I am still engaging with it, listening to it often and unlocking further revelations that it holds about the human condition. If you haven’t yet heard it, do yourself a favor and call it up on Spotify or your streaming service of choice. You’ll be glad you did.

So, thanks to Dad and Brahms, I was already beginning to enjoy the musical bounties that symphonies had to offer by the time Mom and I heard the New York Philharmonic perform the Eroica in Central Park last year. I had the added bonus of Mom whispering notes about the sonata form in my ear, highlighting moments of particular interest along the way. And now, like the Brahms Third, I can’t stop listening to the Eroica. What a gift. It’s possible that I would have eventually glommed on to the Eroica somehow, but last year’s concert in Central Park is where I got my introduction and that’s why I’m so grateful to the NY Phil for offering this yearly performance as a New York City tradition.

And now, as I write this, I’m unpacking Dvořák’s New World Symphony, which I heard with Mom on the vast expanse of the Great Lawn last Wednesday. It was part of an all-American program featuring selections from Bernstein’s West Side Story and Gershwin’s An American in Paris, reflecting something else I appreciate about the NY Phil—its emphasis on presenting American masterworks as well as European repertoire. And, surprisingly, it is in the New World Symphony that I have discovered another family connection.

As my mother explained to me, the New World is about us—America. And, accordingly, it features elements reflecting our own musical forms. She was particularly looking forward to hearing the Largo for very personal reasons. Apparently my great-grandmother adored the song “Goin’ Home,” which Mom says my great-grandmother sang in church, and my grandmother used to tear up whenever Dvořák’s New World Symphony came on because it reminded her of her own mother. So as those beautiful melodies arranged in the form of an African-American spiritual reverberated through Central Park, Mom became wistful thinking about the four generations of women in our family who have now shared a love for this music.

Serendipitous, isn’t it? But that’s why it’s so worthwhile to continually expose yourself to classical music. You never know what individual entry points you will find. You might simply find yourself gravitating strongly towards a particular piece because it speaks to where you are at this moment in your life, or you might even uncover a hidden family connection that goes back generations. I’m grateful to the NY Phil for offering this concert every year. It’s become a deeply meaningful tradition that I wouldn’t miss for anything.