Star Trek returns (and not a moment too soon) 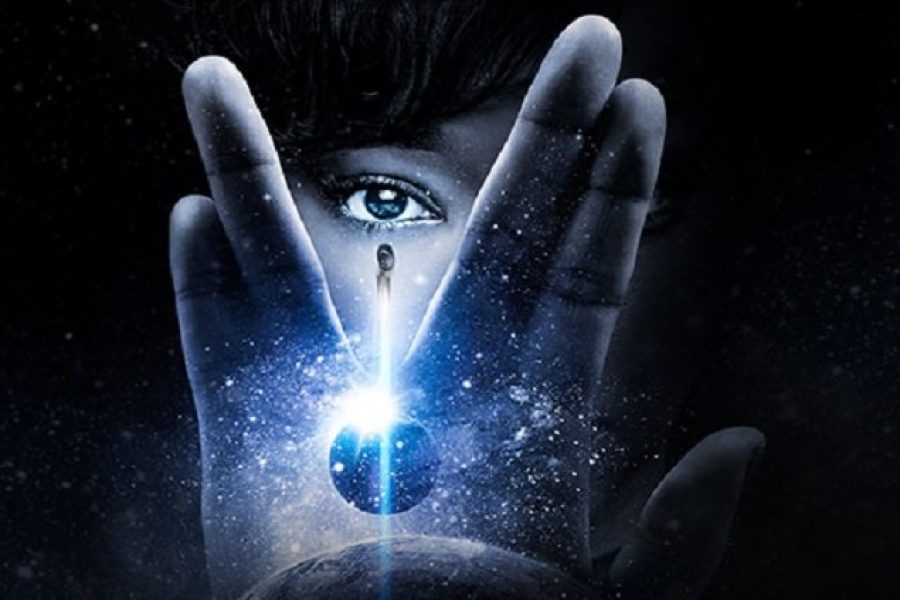 Star Trek returns (and not a moment too soon)

I got to enjoy Star Trek: Discovery in all its glory this past Sunday. Yesss!

After 12 years with no Trek on the air, it’s so fantastic to be boldly going, once more, into uncharted territory with a brand new crew. I’m not going to attempt to write an exhaustive review of the first two episodes, mainly because I feel there’s so much we have yet to learn about this show, but I will share a few early impressions that have been percolating in my mind since the premiere.

I should note, before I dig in, that there are spoilers in this post. If you haven’t watched the first two episodes of Star Trek: Discovery yet, you may wish to turn back now.

Star Trek for a new era of television 📺

Discovery represents a new style of Star Trek that fits the golden era of television in which we find ourselves. Unlike the Trek of yore, which often defaulted to episodic storytelling with scant attention to broader story arcs (late DS9 is a notable exception, of course, and there are some excellent shorter arcs in both VOY and TNG), Discovery will devote much more creative energy to long-form storytelling. This is welcome news. Frankly, it would have been music to my ears back when I was coming into my fandom as a college student, when both VOY and DS9 were running.

At that time, some twenty years ago now, it seemed to me that, when compared to Babylon 5 and the re-envisioned Battlestar Galactica, Star Trek failed to take advantage of the incredible dramatic opportunities that story arcs offer. As a fan, I found them immensely rewarding—after all, once you’ve invested that much time in watching a show, it’s gratifying to follow the nuances of a complex plot and to savor the resolution of a well crafted story.

While I didn’t encounter as many of these larger narrative arcs as I would have liked back then, they are thankfully in vogue now that streaming television has made long-form storytelling a standard practice. When faced with tough competition like Game of Thrones, Westworld, and others, Star Trek must adapt—and so this is new Trek for a new era. Understanding that, I went into Sunday’s premiere with a very open mind. I didn’t expect or even want it to be a carbon copy of what came before, much as I loved the earlier shows.

What I enjoyed about Star Trek: Discovery 👍

Simply put, Discovery is gorgeous. As advertised beforehand, the production values are off the chart. The show has a cinematic feel to it. I love the ornate, beautifully designed Klingon war vessel that Burnham discovers—and I think that the ship T’Kuvma (Chris Obi) commands bears more than a passing resemblance to the alien ship seen in Prometheus. It’s permeated with ancient breath, soaked in mystery. Aside from the visuals, the music is also on point: it gives a tasteful nod to classic Trek while still forging ahead with a distinctly new and inspiring theme of its own.

I also like what I see of the Starfleet characters so far. Commander Michael Burnham (Sonequa Martin-Green) arrives with a fascinating backstory. Having lost her parents in a Klingon attack and then spent her formative years as the ward of none other than Sarek (James Frain), she is an intriguing rarity: a human raised in the Vulcan way. Captain Philippa Georgiou (Michelle Yeoh), part diplomat and part soldier as Burnham observes, displays a humanity and authority that are terrific to watch. I’d love to have seen how the relationship between this captain and her first officer developed, as it showed signs of depth not unlike the bond between Picard and Riker, but it is unfortunately cut short due to Captain Georgiou’s untimely death.

Now Burnham must live with the consequences of her rash decision to mutiny against the mentor she held so dear. This is rich territory to mine, the idea of a promising young officer painfully forging herself anew in the fire, coming into her greatness by learning from her mistakes as all leaders must do. It appears the show is about to take a dark turn; Burnham has accidentally triggered a war between the Federation and the Klingons and now faces pariah status among her peers. Her story has considerable potential for dramatic tension and redemption, so I’m already hooked.

I’m also thrilled to see women of color leading a Star Trek series. As I mentioned in my review of Wonder Woman, it’s essential for women and people of color to see ourselves represented in the stories that we watch. What’s more, those stories should be both epic in scale and profound in meaning. Star Trek is now beginning to better reflect its own audience, honoring the Vulcan philosophy of ‘infinite diversity in infinite combinations’ in the process. If there are people out there upset to see a black woman and an Asian woman in charge on Star Trek, I suspect they’re not actually as invested in Star Trek as they are in something entirely different altogether.

Word has it that Star Trek is also about to have its first openly gay character on television as of the third episode: Lieutenant Paul Stamets (Anthony Rapp). This has also been far too long in the making. Star Trek danced around LGBTQ themes for quite a while, touching on transgender identity in TNG’s “The Outcast” and having Jadzia Dax (re-)fall in love with a woman in DS9’s “Rejoined.” As forward-thinking as Trek has often been, it whiffed on an important opportunity in the past. On Discovery, it appears they’ve laid in a thoughtful course correction.

I do have some quibbles about Discovery. First, although I love the aesthetic they’ve gone for, I think that the heavy prosthetics they put on the actors playing Klingons made it difficult for them to speak their dialogue in a fluid way. This was also the case with Idris Elba’s character, Krall, in Star Trek Beyond. It seems that they made a judgment call in favor of the look that they were trying to create, which I get. The pace of speech is not a deal-breaker, but it does detract from the viewing experience at times.

My other reservation is, of course, about Burnham’s decision to mutiny. It tests my suspension of disbelief as it might have yours, but then again we hardly know her at this point. Is it out of character? Who’s to say? This is the type of plot twist that I would expect to see far deeper into a show, certainly not in the pilot. Because we don’t yet know in detail what is motivating Burnham or the kind of person she really is, I’m withholding judgment on this one.

The writers also dropped a metric ton of exposition in the first two episodes, and it felt clunky at times. I’m willing to roll with it since this isn’t so uncommon at the beginning of a new series.

To the Discovery haters: yes, we can have nice things ✨

I’ve found, to my surprise, that Discovery has more than a few detractors—even among people I consider good friends and passionate Trek fans. The arguments seem to center on CBS’ decision to force fans to sign up for the CBS All Access streaming service. I’m a cord-cutter, so the prospect of paying $6/month for shiny new Star Trek with gorgeous production values and a long, richly developed story arc sounds just fine. If I were plunking down a big chunk of money for a cable package every month (which I suspect most of these folks are), then I might look at the economics a little differently.

To me, it’s pretty simple. I haven’t had Star Trek for over a decade, now I do, and it costs me less than a pint of beer each month to watch it wherever and whenever I please. The last time we had Trek on the air, Enterprise, it was free—and it also wasn’t that great. If you judged TNG by its pilot alone, you might have bailed on it too. I need the optimism and spirit of discovery that Star Trek offers, particularly in these dark times, and I have no problem with paying for it. I want to see this show succeed. I’m all in. See you on the bridge. 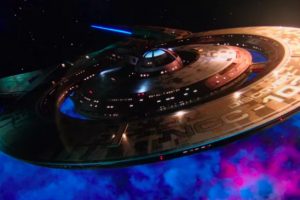 Star Trek: Discovery just wrapped up a wild ride of[...] 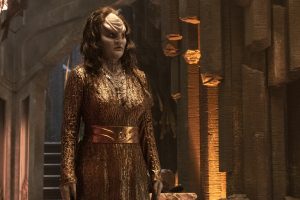 Just for fun: a Star Trek article on women and power

I recently noticed that I keep wanting to drop Star[...] 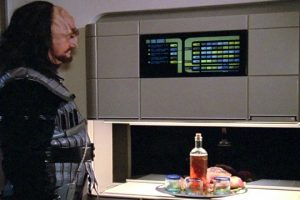 New on the portfolio: 10 tech inventions that sci-fi got right

Sometimes nerd dreams really do come true: I recently got[...]