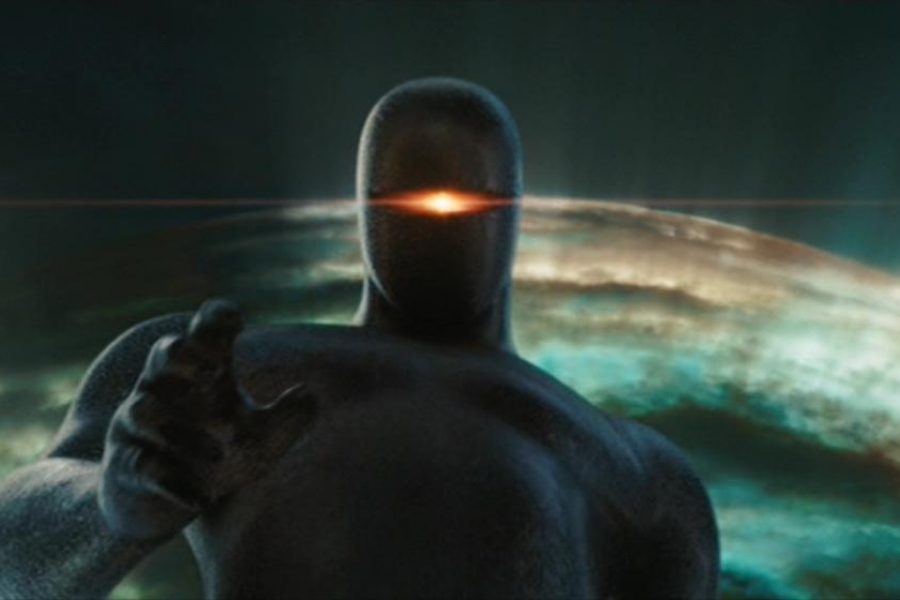 Last week I saw a screening of The Future Is Planning a Farewell Tour, a documentary film that poses the provocative question of whether science fiction films are trying to sound an alarm bell about a coming dystopian future, at the Museum of the Moving Image in Queens. It was shown as part of the Philip K. Dick Science Fiction Film Festival, which I was attending for the first time, and I was thrilled to be in a room packed with fellow sci-fi aficionados.

This documentary, directed by Milton Moses Ginsberg, is described as a work in progress. In its current form, The Future Is Planning a Farewell Tour tries to impart a sense of urgency about an approaching calamity we may have complacently assumed is just the stuff of movies—one that involves a climate disaster (as seen in The Day After Tomorrow or 2012), artificial intelligence and/or androids causing us misery (The Terminator, 2001, Ex Machina, Her), aliens conquering or destroying us (War of the Worlds, Alien), global annihilation by comet (Deep Impact), or perhaps a global pandemic (Contagion). As we view film clips displaying each scenario, corresponding interviews with tech and science luminaries breathlessly warn us that these catastrophes are much more likely to happen than we think. By the end of the film, Ginsberg has repeatedly urged us to wake up from our dream state and, it would seem, accept the fact that we are all completely screwed.

During the Q&A session after the screening, a member of the audience asked Ginsberg if there is any hope for humanity. “No,” he quickly deadpanned. Someone else then asked a logical follow-up question: “If there is no hope, then why did you say your film is sounding an alarm bell?” As best I can remember, Ginsberg essentially responded that he simply made this documentary since our future demise is a fascinating topic for him, he’s been a sci-fi fan all his life, and he wanted to communicate his deep level of concern about our collective future using a medium that he loves.

This is where he lost me. Sure, sci-fi films (and television too, although that format was not covered in this documentary) frequently do depict dystopian, apocalyptic futures. But that’s just one viewpoint of many that they express. Ginsberg openly acknowledges that he cherry-picked the film clips featured in The Future Is Planning a Farewell Tour to support his argument, and there’s certainly nothing wrong with that. I too find those scenarios worth carefully considering, and I love a good disaster movie. But I take a different view of sci-fi than he does.

Sci-fi speaks to both our hopes and our fears. At its best, it also inspires a sense of curiosity in us and encourages us to examine the limits (or lack thereof) of our own agency and potential. Sci-fi gives us a safe venue to explore our anxieties and excitement about a technologically enhanced world, wondering aloud together what humanity will become. It also gives us an opportunity to consider difficult ethical questions that are as of yet theoretical—for example, whether androids and artificially intelligent life forms should be accorded the same rights as organic human beings—before we have to confront and answer those same questions in real life.

I disagree with the conclusion that our future is inevitably one of apocalypse and doom. If that is the case, why bother alerting anyone at all? Relying on our own anxiety as evidence that this dire outcome is upon us is a flawed approach. Rather, we should appreciate the fact that sci-fi lets us sit with the discomfort of not knowing what the future holds. It’s only natural that, in the midst of unprecedented rapid technological change, we are grappling with ever more serious concerns about our future as a species. But a scenario in which we prematurely capitulate to that fear is far less interesting than one in which we call it out, acknowledge it, and then directly engage with it.

As Q says in the Star Trek: The Generation episode “Q Who,” “It’s not safe out here. It’s wondrous, with treasures to satiate desires both subtle and gross. But it’s not for the timid.” Q is right. It’s not safe out here now, and we have no reason to believe the future will be safe either. We cannot gauge the future’s intentions toward us, if indeed it has any at all. But our best hope has always been and will always be to venture forth and tackle these difficult questions, never letting our fears dictate our future on our behalf. Only then will we have a meaningful shot at preparing for and creating the future we want to experience—one that is far closer to a utopia than a dystopia.