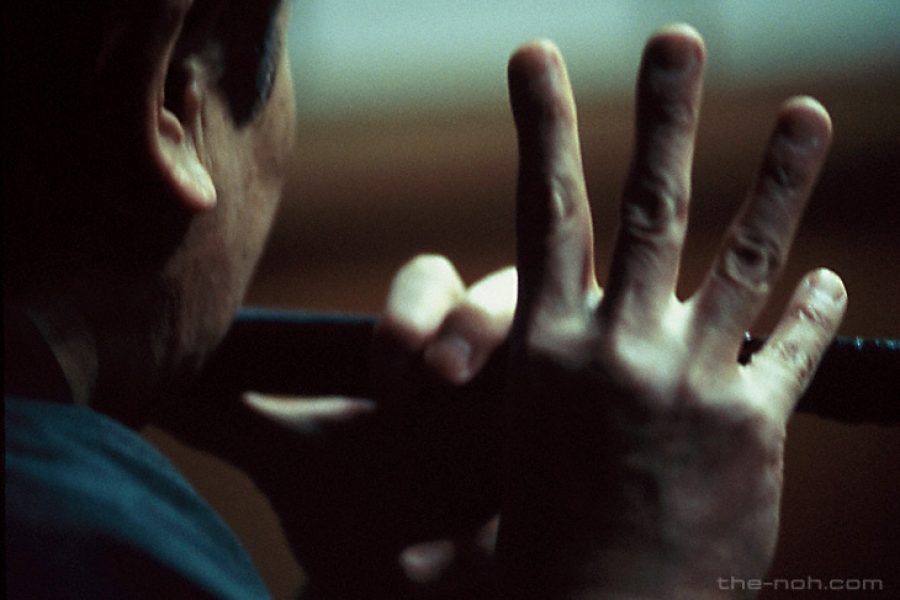 I recently attended a noh music workshop that deeply moved me, causing me to reflect on how intimately classical music—right down to the musical instrument I grew up alongside—has shaped my life and continues to do so.

For those who have not encountered noh before, it’s a traditional Japanese performing art dating back to the 14th century. It’s highly stylized, known for its deliberate pace, and an acquired taste even for many of us who consider ourselves well versed in the fine arts. I first discovered noh as an undergraduate student at Oberlin College and immediately became curious about it, petitioning my Japanese history professor to give me a private reading on the subject during my senior year. Bemused, he advised me that noh doesn’t readily lend itself to reading like Shakespeare does—rather, it must be experienced live in order to be fully appreciated. Of course he was right. I don’t remember absorbing much about noh at the time, although I was grateful that he humored me.

Twenty years later, my professor’s patience has paid off and I am still learning about noh. Along the way, I’ve had a pleasant surprise—my mother, a former opera singer, now enjoys noh even more than I do. An avid fan, she takes me to see any noh-related performances or workshops that come to New York. A few weeks ago, we attended a noh music workshop at Japan Society. Over the course of this particular session offered by Genjiro Okura (Grand Master of the Okura School of kotsuzumi or small hand drums) and two of his colleagues, participants were introduced to the music accompanying noh performances: drums, flute, and voice. We learned the history of each instrument and how it contributes to the noh experience. Although I was already predisposed to connect with the performers’ messages, I found that more of their perspective resonated with me than I expected.

The flutist (or fue player) explained that the flute he uses has been handed down in his family for over four hundred years. If you follow the Japanese performing arts, you’ll find that this is not unusual. But he also shared a story of how he had been instructed, from the time he was little, to save the family’s heirloom flute at any cost—even the cost of his life—should a fire break out in their home. This immediately called to mind the many times my father admonished me to protect and safeguard his classical guitar, which is also one of a kind. Custom made for Dad by Michael Cone, there is no other guitar like it in the world. And so I was brought up receiving the same message of how important it was to keep it safe.

This guitar was like a sibling to me. In fact, it was born the month before I was. Accordingly, the guitar was a major presence in my childhood. I can’t count the number of times I tried to pluck its gut strings with my tiny fingers, danced to the songs it played, fell asleep to its lullabies, or heard its incredible range of sounds and tones reverberating through the house as Dad was practicing. The noh flute player noted that his instrument has a percussive quality to it, and there are some parallels with the smacks I heard my dad apply to his guitar when playing pieces from the Spanish repertoire. But what strikes me the most about these instruments, having grown up in a musical family, is how they are basically kin—closely bonded to the musicians themselves as well as their children and descendants.

I’ve haven’t had the opportunity to share this observation with other children of musicians, but something tells me that noh musicians would intuitively recognize this relationship. Many Japanese performing arts schools are hereditary in nature, based on family houses, and trace their lineages back hundreds of years. So while they of course produce individual performers, those performers are often also the children of performers—and so they understand the experience in a familial context as well an artistic one.

I’m thankful to the musicians from the noh music workshop for sharing their rich expertise with us. When I heard them talking, I felt they were speaking my language. I don’t mean English or Japanese—I mean on a deeper level. They were articulating the importance of music, its vital nature, and how it expresses the human condition. Since I speak Japanese I directly understood a good portion of what they were saying, but it was the way they spoke about the meaning of music that struck a chord in me. It rang true with my experience growing up in a family in which music was everything that mattered. 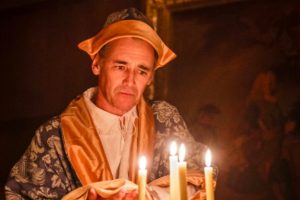 Is an artist really an artist if they remain secluded[...]