A noble history of religious freedom in Queens 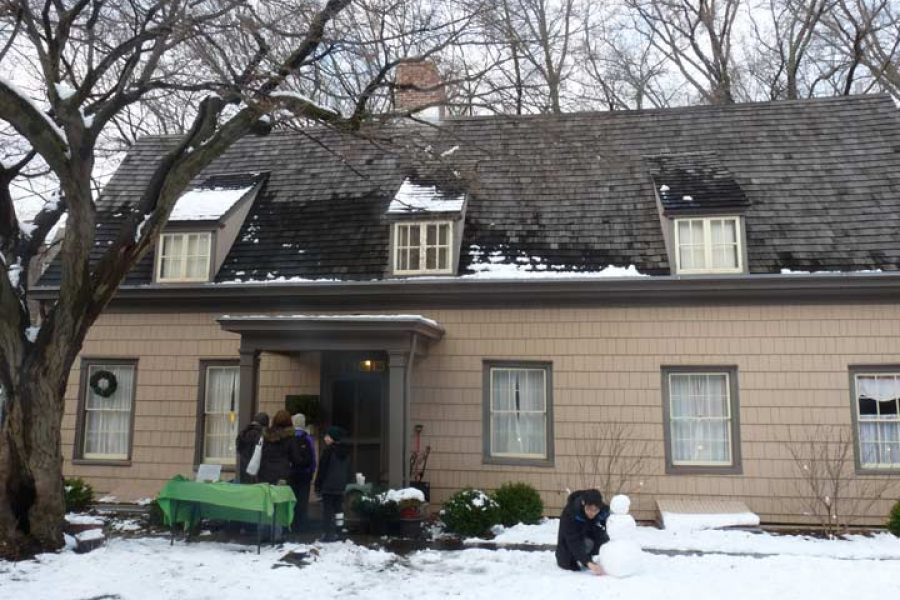 A noble history of religious freedom in Queens

Just before the holiday break, a friend and I went on the Queens Historical Society‘s annual Holiday Historic House Tour. As a native New Englander perpetually amazed by how New York seems to continually reinvent and modernize itself, I was intrigued by the idea of visiting homes from America’s colonial period right here in my adopted home borough. It felt like a little slice of my childhood walking through the old houses, sipping on hot cider and admiring the floofy snow that had alighted on our city the night before. But I encountered something even more meaningful that’s been resonating with me ever since: a noble history of religious freedom in Flushing, Queens.

Bowne House on a spring day.

As we learned during our tour, Bowne House was home to English settler John Bowne, who hosted Quaker meetings there. There had long been an understanding, based on commonly held Dutch views of the time, that anyone would be able to enjoy religious freedom in Flushing so long as they did not harm anyone else. After Director General Peter Stuyvesant banned the practice of any other religion than the Dutch Reformed Church, Bowne openly defied the edict and continued to host Quaker meetings in his home—knowing full well the consequences he would face in doing so. The Flushing town elders also rebelled, penning the Flushing Remonstrance in response to Stuyvesant’s crackdown.

For his troubles, Bowne was arrested, imprisoned, and then banished to Holland, where he didn’t speak the language. Once there, however, he was able to successfully argue his case before the Dutch West India Company and obtain formal permission, once again, for Flushing residents to practice the faith of their conscience. Bowne then returned home to Flushing, and religious freedom became the law of the land under Dutch and then English rule. The Flushing Remonstrance became a direct precursor to the First Amendment of the United States Constitution, establishing a bedrock principle upon which our free society is based.

Forging a new bond with Queens

As a longtime Queens resident, I’ve respected its openness and welcoming approach to people from all walks of life. Queens is regularly cited as one of the most diverse places on Earth. My friends who were born in Queens are proud of that fact and wear it as a badge of honor. It’s a big reason I continue to make my home here, too. But during this tour, I made another powerful and deeply personal connection with Queens. As the descendant of Huguenots (French Protestants, most of whom who fled France around the time of the Wars of Religion), the concept of religious freedom profoundly resonates with me. It has a lot to do with why I was born an American.

My ancestors escaped France for the Netherlands in the 16th century because it was more tolerant than our homeland at the time. As I recently learned, the legless ducks on our family crest are meant to symbolize everything our family lost as we fled France for a safe haven where we could freely practice our religion. And there are stories, in the family documents I’ve read, of ancestors who didn’t make the journey being hanged and burned alive for their audacity to follow the Protestant faith. So there has been a personal cost in our family, one of which we are still aware. I believe that the consciousness of that experience has softly echoed through the generations leading up to my own, in fact, but that’s a post for another time.

A Huguenot right at home in Queens

So, being intimately familiar with my family history involving religious persecution, I was moved to learn that Queens is one of the key locations where the principle of religious freedom was fought for and won in this country. It makes me feel, once again, that I’m right where I belong. The significance of the Flushing Remonstrance at this moment in American history is not lost on me, either. As the current administration lays siege to democratic institutions and violates norms at every opportunity, I find strength and inspiration from the brave early Americans who fought back against powerful rulers to assert their rights and freedoms as we must now.

Religious freedom is more than a slogan. It’s an important principle we must defend today and always. I fear that some of my co-religionists on the right are making a mockery of its significance with their annual complaints about an imagined war on Christmas. It shows just how insulated they are from the experience of actual religious persecution. The best way to safeguard our cherished freedom of religion is to practice solidarity with all faiths and belief systems, including skepticism and atheism. Bowne and the Flushing Remonstrance teach us that we become a more perfect union when we stand shoulder to shoulder with those who have a heritage, faith, identity, or viewpoint that is different from our own. This stance reflects the best values that Queens and the United States as a whole have to offer.

I’m so glad that I made the trip to Bowne House and learned about the Flushing Remonstrance. If you live in New York, I highly recommend that you pay this historic place a visit. You’ll be glad you did. 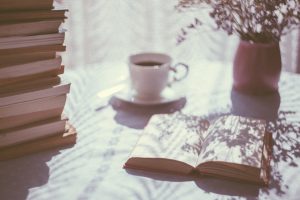 In praise of the staycation