Flight of the Navigator: a trip down memory lane for Generation X 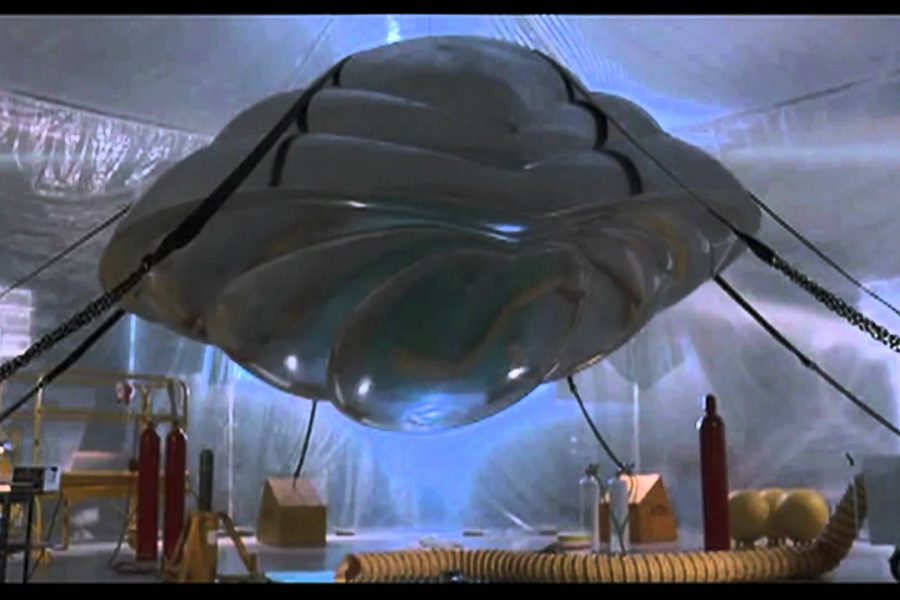 A scene from Disney's Flight of the Navigator

Flight of the Navigator: a trip down memory lane for Generation X

One of my favorite sci-fi films is Flight of the Navigator, a thoroughly 1980s children’s adventure in which a 12-year-old Florida boy named David Freeman goes out one summer evening to pick up his younger brother, falls into a ravine, and then mysteriously disappears. After returning home eight years later with no memory of what has happened during that time, he agrees to be analyzed by NASA scientists only to learn that his brain has been crammed full of data from an alien world. Thus begins David’s journey to learn what has happened to him and try to recover his lost childhood.

Having fond memories of this film, I watched it again as an adult over the weekend. I was almost exactly the same age as the character in Flight of the Navigator at the time it was released, and the movie evoked a lot of nostalgia for that era. It shares some thematic overlap with E.T. in that a boy befriends an alien, temporarily runs away from home, and helps the alien find its way back to the civilization from which it came. But The Flight of the Navigator also is an unapologetically geeky film, appealing to us science-minded nerds with scenes set at NASA (back in the days when the Space Shuttle program was going strong and lighting up the imaginations of children like me—I still don’t know if I could explain in full how exhilarating it was to see those shuttles launch) complete with corny robots and futuristic sliding doors like you might see in Star Trek.

David being interrogated by Dr. Faraday

So, while watching this movie again, I was searching for what it was that had captivated me the most when I first saw it as a kid. And while the geekiness was a plus, my favorite aspect of it was the exploration of human potential. In the scene where David undergoes analysis at NASA, Dr. Faraday (likely also a scientific reference?) asks him a series of questions about what happened to him after he went missing. While David says he doesn’t remember anything, his subconscious mind is answering these same questions in parallel on a nearby computer display and telling a very different story. As spaceship diagrams and distant star charts notated in an alien language fly by on the screen (Contact would depict something similar years later), it becomes clear that David has in fact traveled light years from home and returned to Earth with a brain full of information acquired on the planet Thaelon.

This blending of human, alien, and machine—at one point it is revealed that David is communicating directly with the NASA computers in binary code—is one of the most intriguing elements of the film. And it poses the question of just what humans might be capable of. Max, the robotic commander of the ship David eventually boards once more in a quest to retrace his steps, even references the fact that we homo sapiens only use 10 percent of our cognitive capacity, making us wonder what would happen if we could unlock that latent potential within our own minds. The music itself lends a sense of mystery in the way that only 1980s era film scores can, heightening the drama surrounding David’s transformation. This metamorphosis is what I still find most intriguing about The Flight of the Navigator thirty years later.

The spaceship, a rounded silvery metallic craft that can convert into liquid form and any number of shapes, is also appealing. Later on, when it shifts into a more aerodynamic design, the ship looks somewhat similar to the one in which famed astrophysicist and science communicator Neil deGrasse Tyson travels in his remake of Cosmos: A Spacetime Odyssey. The interior looks sufficiently otherworldly, equipped with artificial intelligence and a lab of animal species from far-flung worlds (another small similarity with E.T., whose protagonist aliens were botanists). What kid wouldn’t want to take a ride and go exploring in a ship like that, free and far from the cares of chores and homework?

Thinking about Flight of the Navigator in the context of its time, I of course note who’s not being represented in the film. No girls or women, people of color, LGBTQ folks, religious minorities, or people with disabilities feature prominently in it, for example, as was pretty much par for the course back then. When I was a girl, I remember being uncomfortable always having to simulate a kind of identification with male protagonists in the films and tv shows that I watched since that was the default and there was rarely an alternative. So while there’s still plenty to appreciate in Flight of the Navigator, it shows its age in this regard.

While representation has a long way to go in film and tv, it is great to see female and PoC characters at the forefront of major sci-fi juggernauts like Star Wars: The Force Awakens, Rogue One: A Star Wars Story, and particularly the upcoming Star Trek: Discovery (if any franchise should be at the forefront in making progress where this is concerned, it should of course be Star Trek with its theme of infinite diversity in infinite combinations). It shows us that discovery is for everyone and that we can all explore the mysteries of the universes within and without ourselves. That message is clearly what drew me back to Flight of the Navigator after all this time. If a remake ever hits the theaters (doubtful at this point, but you never know), a fresh take on this endearing 1980s sci-fi movie for kids could be terrific. 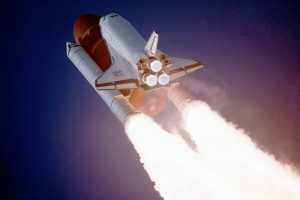 A Gen Xer dreams of the Space Shuttle

I firmly believe that in difficult times such as these,[...]

New on the portfolio: 10 tech inventions that sci-fi got right

Sometimes nerd dreams really do come true: I recently got[...]